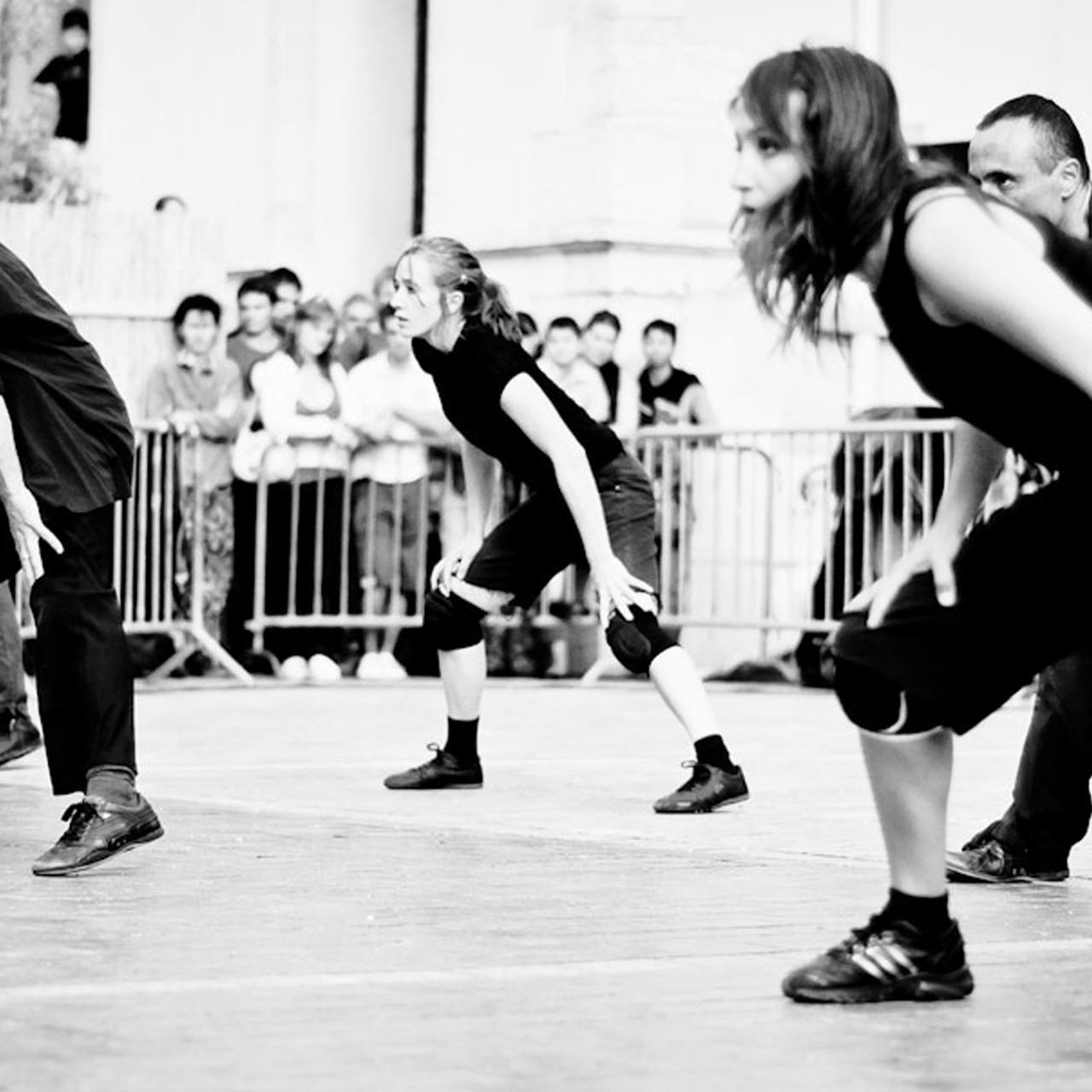 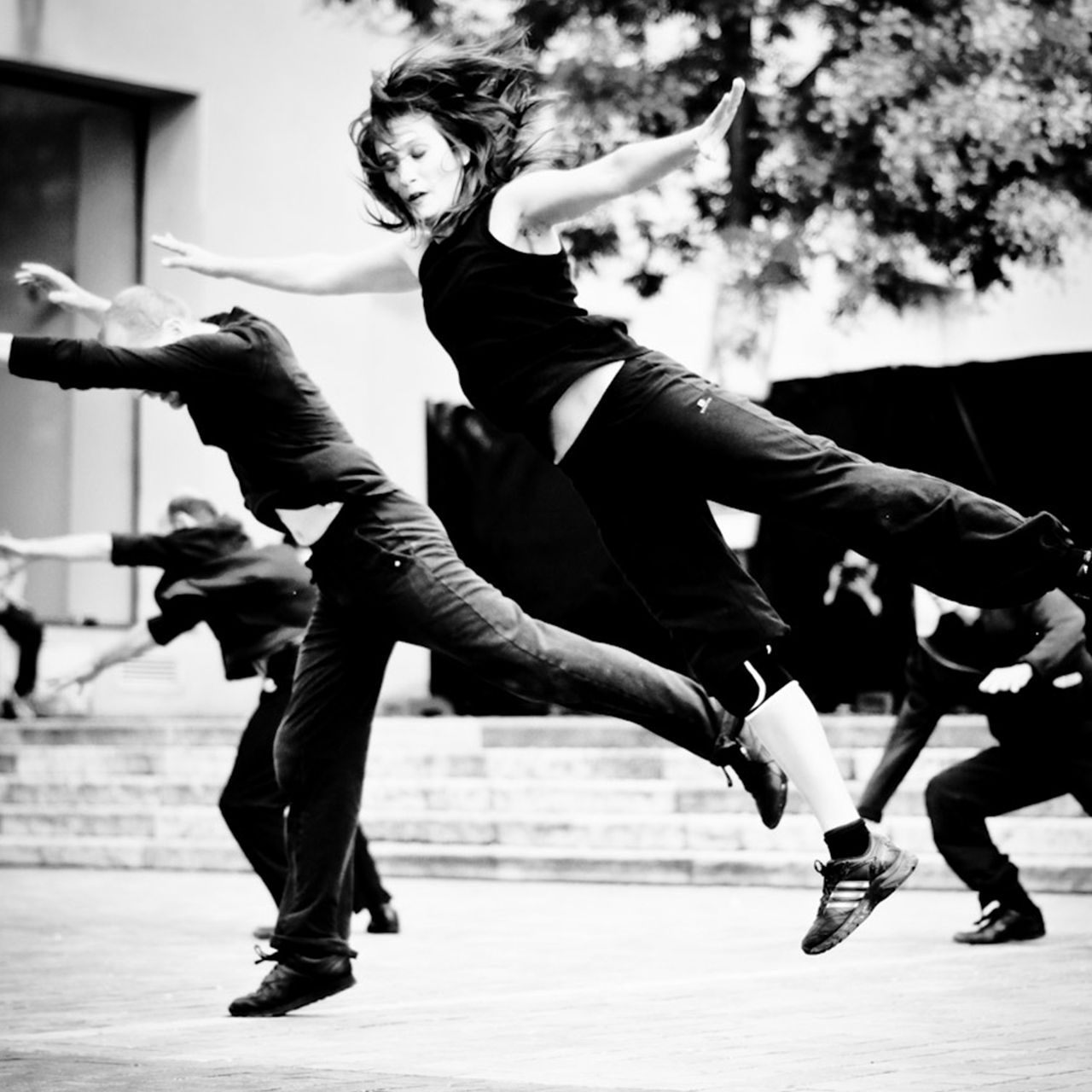 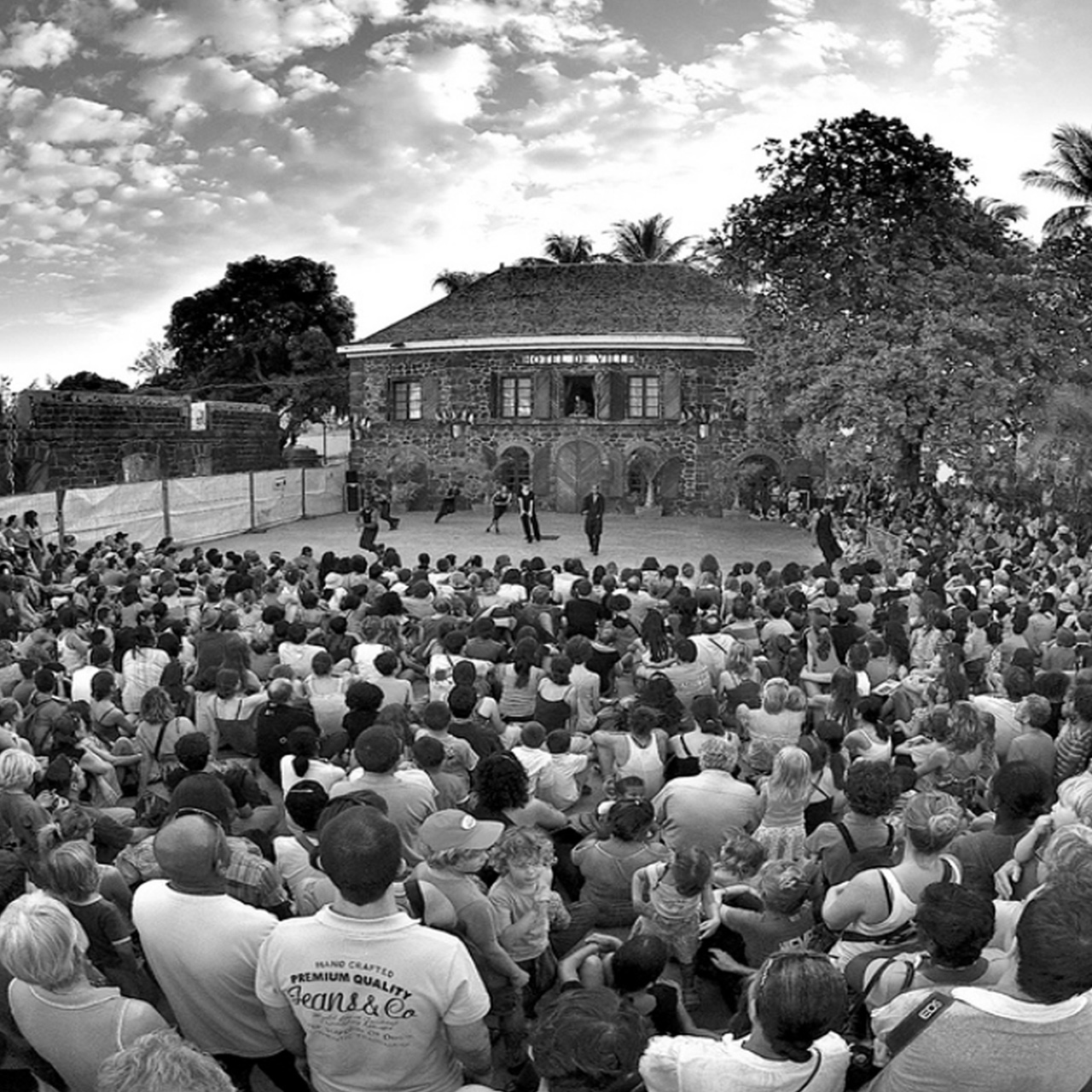 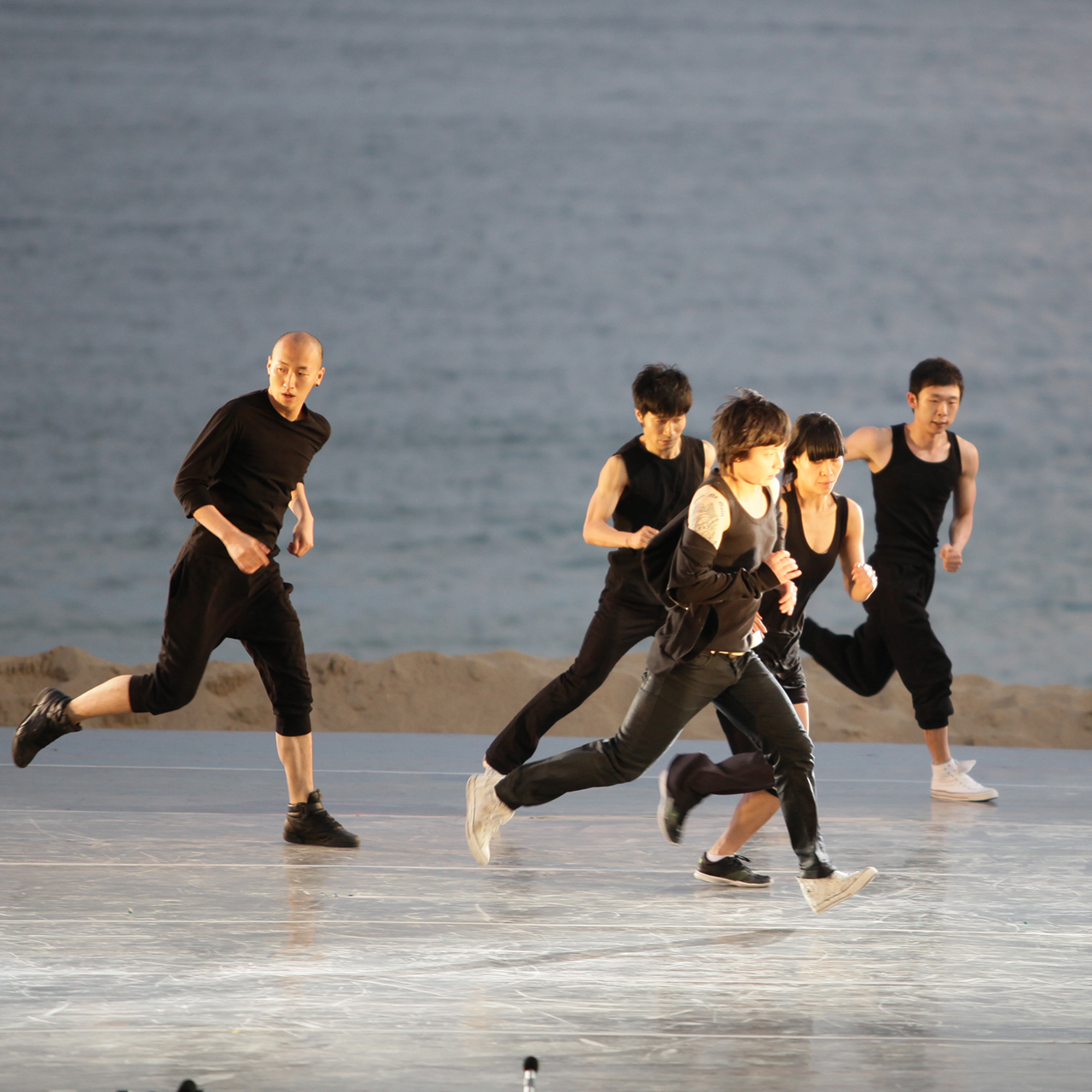 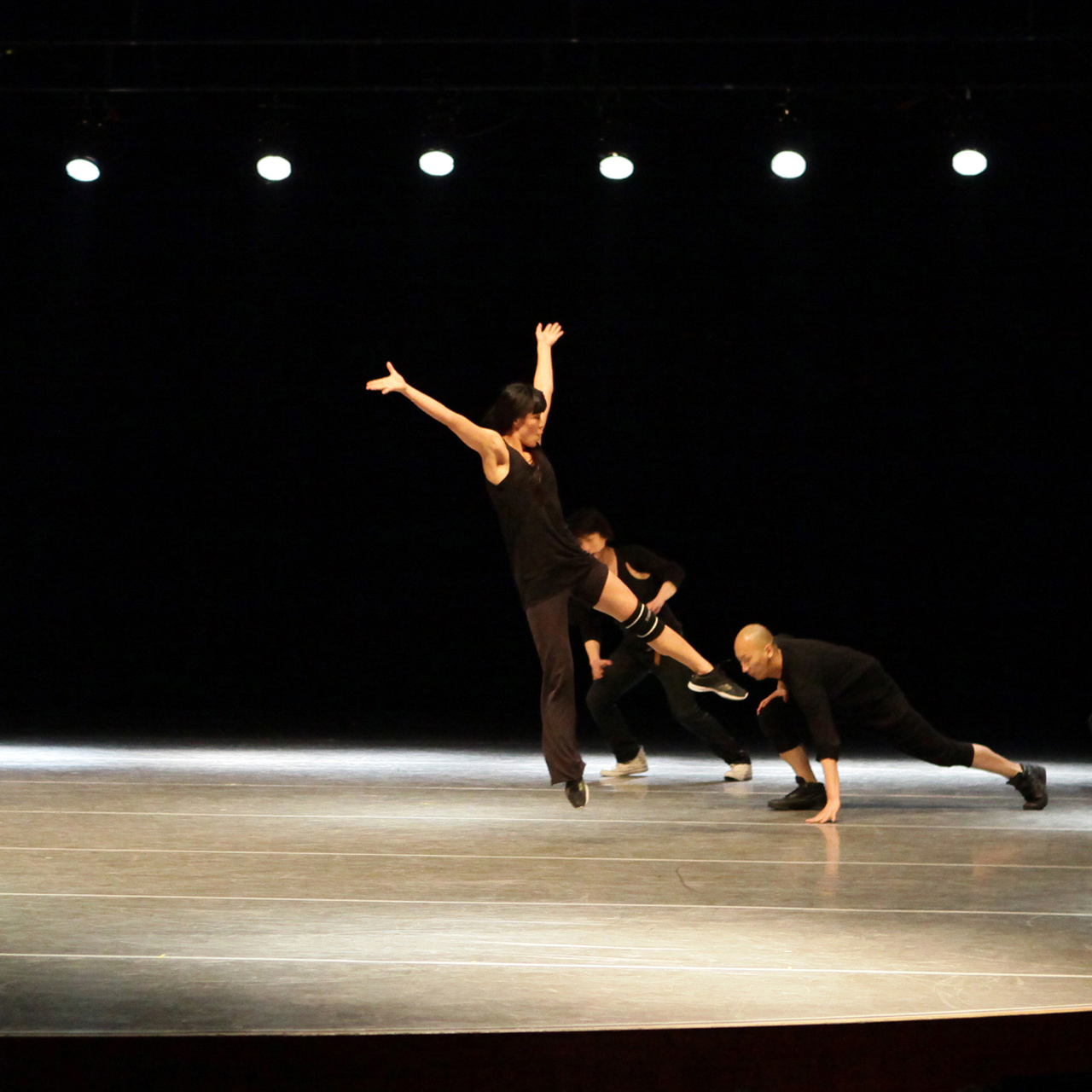 Instinct, piece of 20 ‘ for 7 dancers, created in 2010 at the Festival of Busan in South Korea, taken back since in France, in Tunisia, in Spain, in Madagascar, in Mauritius and in Senegal with for each of the versions a casting chosen among interpreters living in these countries, is at the origin of the creative intuition of the choreographer and will be the final act of the project Macadam instinct. They share the urgency of a single movement: « le devenir animal ». In a time which undergoes quite hard the imperialism of the virtual, the idea, the certain dematerialization, it’s more than ever necessary to return to the organic, the animal, the instinct. Bodies dance and dash in this quest then bend little by little, until they find the ground. They draw their energy from this common hope. Create a space where each asserts himself in his difference. Create a universe in which they learn again to be together.

Seven dancers cross and uncross in a frantic race, trying to join together into a single movement, « becoming animal ». The rhythmic urgency ties the body while not march, confront, ejected from each other, leaving for the unique selfexpression. The band creates a space where everyone is affirmed in its difference and its twin, shared the urgency of the moment.

Here, the instinctive reality is captured in his movement of creation and resumed his place, facing the world heavily influenced by the imperialism of the virtual and the dematerialization of the Whole. The organic, the animal instinct and resume their duties. The dancing body and then set off on this quest bend gradually to reconnect with the earthly origin, drawing their energies in this common hope. The time is suspended and exhausted bodies are reborn into a new universe. The unity of the body becomes collective, released from her torments, ready to learn to live together.

Today more than ever we must control our emotions, to be part of the framework … Blend into the mass … To forget our instincts and be guided by our conditioning. Instinct invites us to abandon those limitations and the envy of the animal instinct and difference.